MP for Worthing West
Farther of the House of Commons

Conservative Candidate for Worthing West
Born in 1944, my education included a mixed comprehensive school in Washington DC, Westminster School and Trinity College, Cambridge. One sister worked in the NHS, one was a head teacher and my brother is a civil servant, as was our father; our mother was in social work.

Before embarking on my politial career I worked as a lorry driver and in commerce and industry, including steel and engineering. Although qualified in personnel management, I think of myself as an industrial economist.

From 1975, West Woolwich/Eltham elected me to Parliament for 22 years. This was the first by-election win under Margaret Thatcher’s leadership and led to the loss of the Labour majority, to the Lib-Lab pact and then to the Conservative government from 1979.

My career in politics has dealt me a wealth of unforgettable experiences. I let in a goal at Wembley for the Parliamentary football team and exchanged passes with Sir Bobby Charlton at Old Trafford. Tragedies I have witnessed include the events at the Brussels Heysel stadium in 1985 and the deaths at the funeral of the martyred Archbishop Oscar Romero in El Salvador. This took place on Palm Sunday 1980, where I was representing the British Council of Churches. I have initiated two successful actions for defamation, as recorded in my Parliamentary Register entries.

My Select Committee service has included Overseas Aid, Violence in the Family, Transport, Constitutional Affairs and Justice and the High Speed Rail Bill, HS2. I was a junior minister for a total of six years. During this period my responsibilities included Employment, Transport casualty reduction and in Northern Ireland Agriculture and Environment.

My unpaid interests have included chairing the Church of England Children’s Society, being a trustee of Christian Aid and NACRO and a patron of Coastal West Sussex Mind.

Representing most of Worthing and along to Rustington since 1997 has given me the wonderful responsibility to champion this effective, civilised and compassionate community. Working with charities, the public services, particularly all parts of our NHS, our schools and police, I witness the dedication of the professionals and the armies of volunteers who help achieve so much.

My focus is on promoting the well-being, health and happiness of constituents. It continues to be a privilege, one that I enjoy despite some failure, frustrations and the constant hard work.

I am grateful to all who work with me in the public interest.

Have your say on the 2023 Constituency Boundary Review

This is a special news item about your opportunity to help the Boundary Commission (BC).

After a short but intensive campaign, Sir Peter Bottomley was returned as our MP with an increased majority and renewed mandate to serve the people of Worthing West. 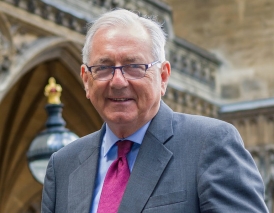