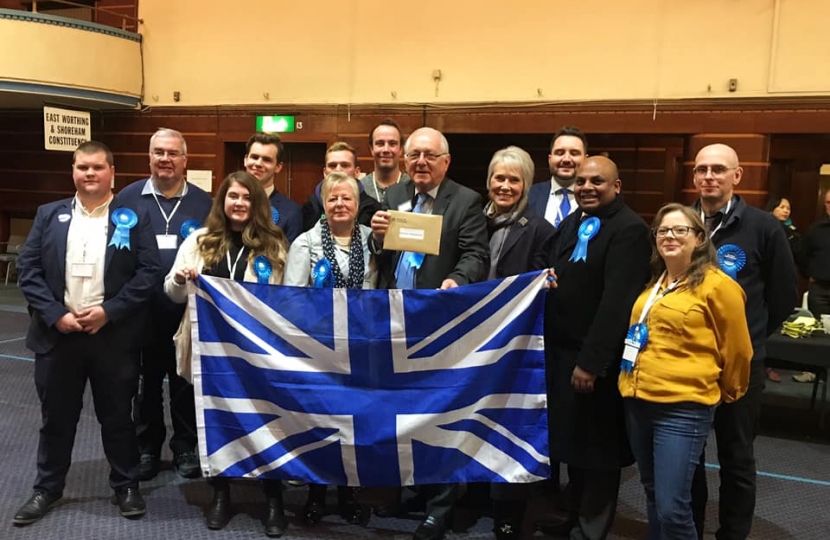 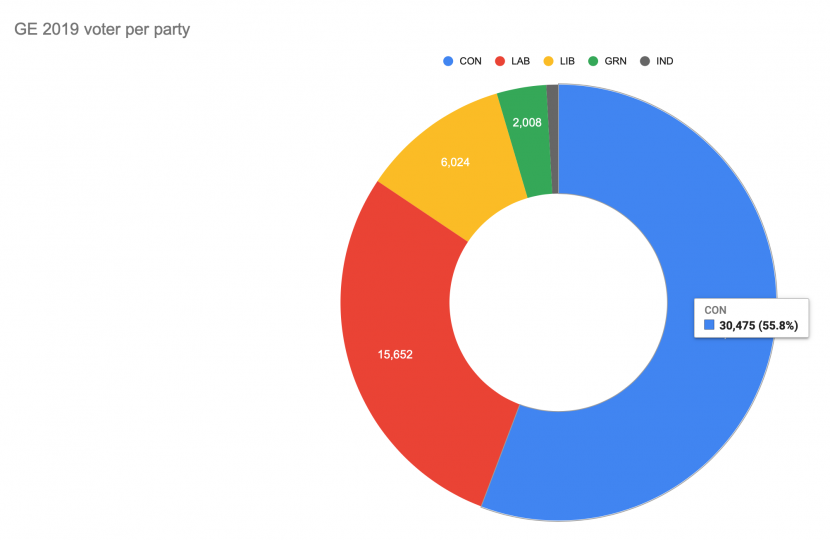 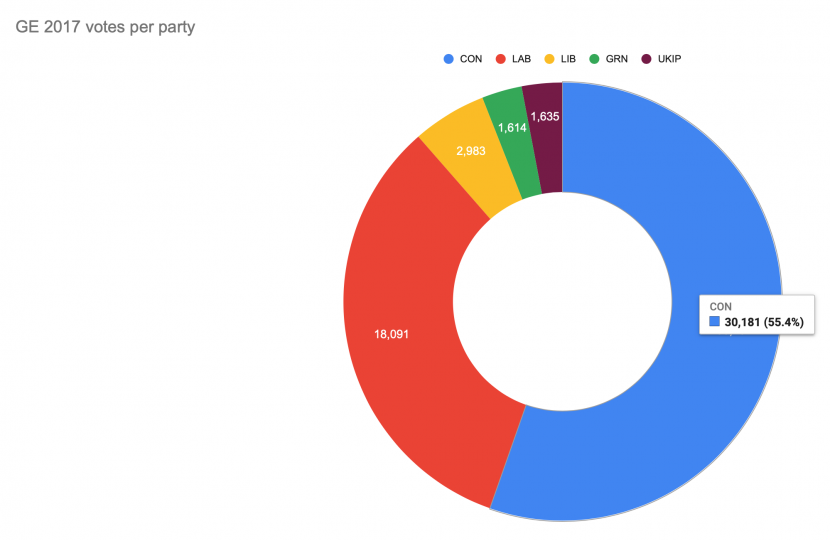 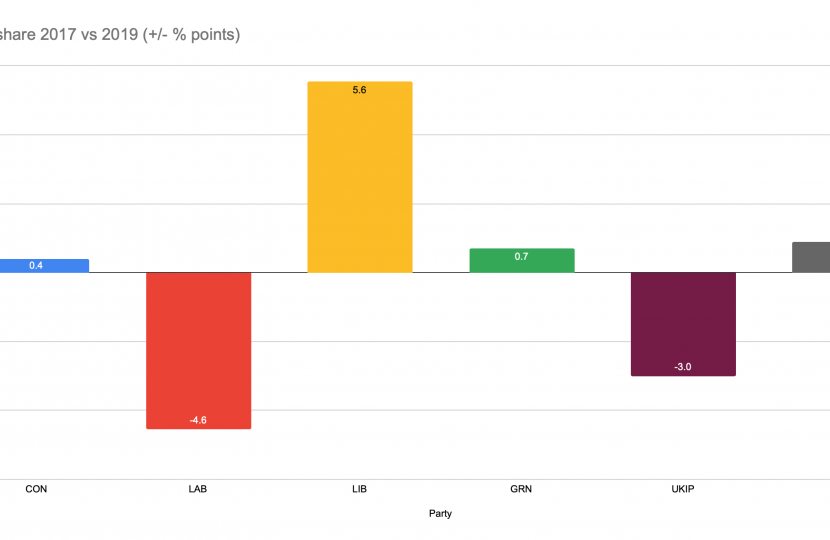 After a short but intensive campaign, Sir Peter Bottomley was returned as our MP with an increased majority and renewed mandate to serve the people of Worthing West.

The decisive victory saw Peter's vote share increase and the total number of Labour votes drop by 14%. In his acceptance speech Sir Peter thanked his supporters and family for their dedicated work during the election campaign. He also reiterated his previous comments that Worthing West would have had a good MP whoever was elected. Finally, Sir Peter called on Labour's Jeremy Corbyn to stand aside immediately following the national collapse of the Labour vote.

In a bizarre turn of events, and in spite of Sir Peter receiving over 55% of all votes cast, Labour's Rebecca Cooper said that "You are a very lovely man but I do not think you are a good Member of Parliament for Worthing West. I absolutely think that the Tories know that their days are numbered here!" Rebecca Cooper's votes dropped from 18,091 in 2017 to 15,652. Jo Paul of the Greens, Independent David Aherne and Jamie Bennett , Lib Dem were all far more magnanimous in their defeats.

With the general election over and a newly formed Conservative government with a majority of 80, the largest since 1987, the country can move forward with the Withdrawal agreement Bill, leave the EU and focus on building a better Britain for all.

Merry Christmas from Sir Peter Bottomley MP and all at the West Worthing Conservative Association! 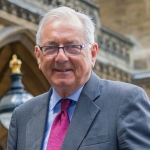 Cllr Cochran gets to work in Northbrook