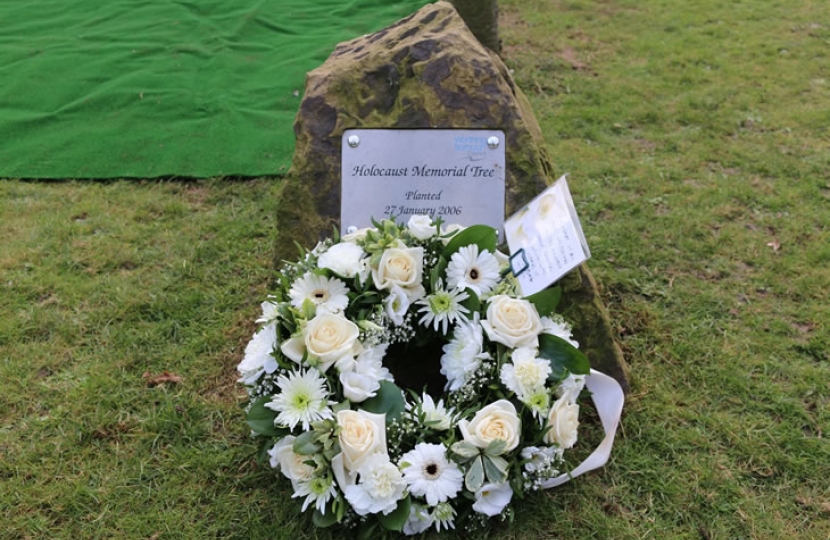 Services to recognise Holocaust Memorial Day will take place in Adur and Worthing next Sunday (27th January 2019) to bring communities together in remembrance of atrocities.

Civic leaders will join with residents to remember those who suffered in The Holocaust, under Nazi persecution, and in subsequent genocides in Cambodia, Rwanda, Bosnia, and Darfur.

In memory of all those individuals, families and communities who lost their lives or faced persecution:

AWorthing residents are invited to join Councillor Paul Baker, Worthing Mayor, who will lead a memorial service in Beach House Park, Worthing, from 11am.

Both services will take place next to a 'Tree of Life', on which a wreath will be laid. The trees were planted to help remember those who died during the Holocaust and other genocides.

The national commemoration day takes place each year on 27th January. This year, a particular focus will be given to the trauma inflicted by persecution and genocide in driving people from their homes, as part of the Holocaust Memorial Day Trust's theme 'Torn from Home'.

“'Home' is a place of sanctuary, yet the millions of people affected by the atrocities of genocide were forcibly removed from their place of safety. On this important day, we will join together in remembrance of the suffering of those whose lives were lost in World War Two and in subsequent genocides.”

Cllr Cochran gets to work in Northbrook