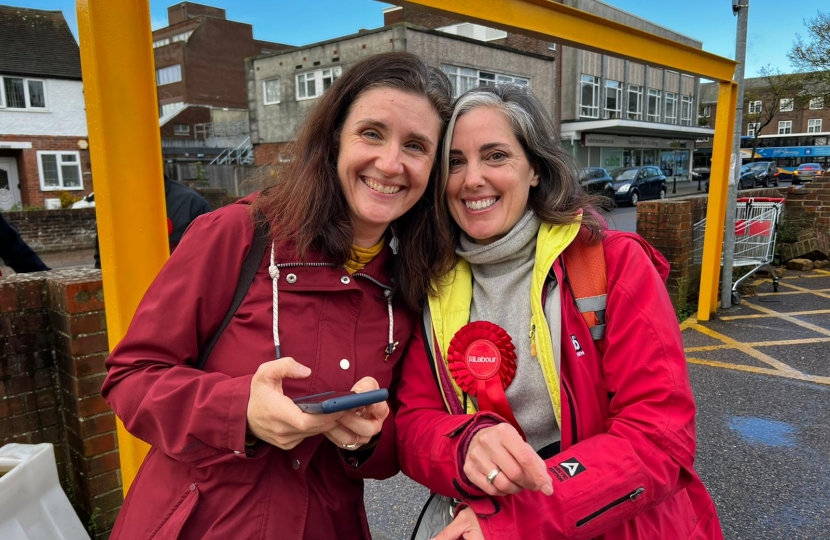 In the wake of the shocking comments made during conference season by Labour Deputy Leader, Angela Rayner, local Conservative voter and former candidate claims Vicki Wells, Labour’s candidate in the forthcoming Marine by-election called him “Tory scum” on polling day in 6 May 2021.

Gavin Poole has made this explosive allegation after recognising Ms Wells from her campaign literature.

“It was first thing on polling day and I had just cast my vote. As I was walking to my car in the Polling Station car park at Heene Community Centre a person I recognised as Ms Wells shouted “Tory scum” at me. I was shocked but sadly not surprised. I messaged some colleagues who had been supporting me during my own election campaign in Marine Ward to let them know what had just happened”

“When I stood for election in 2019, I spent a number of hours with Ms Wells at the Heene polling station and even remember getting her a cup of tea! She has very distinctive hair with a grey streak which is what I immediately recognised when I saw her election literature for the Marine Ward by-election”

Messages from Mr Poole to a group chat, copies of which are available, show a timestamped message on 6 May 2021 at 09:07 saying “Just got called Tory scum as I was leaving Heene” further messages in the thread corroborate the fact that Mr Poole recognised the person as Ms Wells as in another message he said “I got her a cup of tea when I stood in Heene”

Mr Poole, a keyworker and long-standing Conservative voter spent much of the first COVID lockdown as a first response volunteer, running errands, shopping and collecting prescriptions for elderly and vulnerable residents in Worthing.

Speaking in response to the allegations, Dan Humphreys, Leader of the Conservative group on Worthing Borough Council said “On behalf of the Conservative Group, I call on Labour group leader Rebecca Cooper to do the right thing and immediately suspend Ms Wells pending a full investigation into these alleged abusive comments”. He added “It is vital that leaders take swift action when poor conduct is alleged. This is not the first time that a Labour party candidate in Worthing has been accused of verbally abusing Conservatives with Sam Theodoridi labelling Worthing Conservatives “f**king c**ts” in 2020. He has recently been re-selected to stand as a Labour candidate in May 2022 despite never having apologised to Conservative members for his comments.”

Cllr Edward Crouch, Marine Ward Councillor said “Is it extremely troubling that some people resort to dehumanising their political opponents in the way that Ms Wells is alleged to have done. If true, how can any Conservative voter in Marine Ward expect someone like Ms Wells to fairly represent them when she seems to hold such hateful views towards Conservatives? Sadly, I have had my own experiences of on and offline abuse from political opponents, and I applaud Gavin for speaking out”

Terry Chapman, Chairman of West Worthing Conservative Association said “This association has made a formal complaint to the Labour Party and calls on Vicki Wells to immediately withdraw her candidacy”

The Marine Ward by-election is scheduled to take place on 2 December 2021.

Gavin Poole is available for interview

All media enquiries to media@westworthingconservatives.org.uk